A new paper by University of Toronto researchers provides important insights into a rare but fatal group of neurodegenerative diseases, called prion diseases, and paves the way for scientists to investigate methods to prevent the diseases altogether. The new insights may also advance research to treat Alzheimer’s disease.

Each year, about 10,000 people worldwide die of prion diseases, which also occur in animals. These diseases lead to the development of holes in the brain that give the brain a spongy appearance. Prion diseases gained international awareness in the 1990s when thousands of UK cattle developed “mad cow disease” (formally called bovine spongiform encephalopathy, or BSE), and a small number of people who ate BSE-contaminated meat developed variant Creutzfeldt-Jakob disease. Currently, chronic wasting disease, a prion disease in elk, moose and deer, is spreading in North America, with uncertain potential consequences for human health.

The review paper, published in May in the journal Biological Reviews, provides what the authors believe is the answer to a critical question that scientists have debated since the prion protein was discovered in 1986: What is the function of the normal prion protein, which is found in almost all cells in humans and other vertebrates, before the protein changes shape and causes prion diseases? The answer is the culmination of more than 10 years of work by Gerold Schmitt-Ulms and his team in the Tanz Centre for Research in Neurodegenerative Diseases.

“Now that we understand the prion protein’s function, we are exploring ways to target the protein to prevent prion diseases from happening,” says Schmitt-Ulms, an associate professor at the University of Toronto and lead author of the paper. The co-authors are Sepehr Ehsani and Mohadeseh Mehrabian, both former PhD students from the same group, and senior scientist Declan Williams, who all made major contributions to the key data and concepts synthesized in the review.

A key reason for the disagreement about the prion protein’s function has been the lack of a standard approach to answer this question. 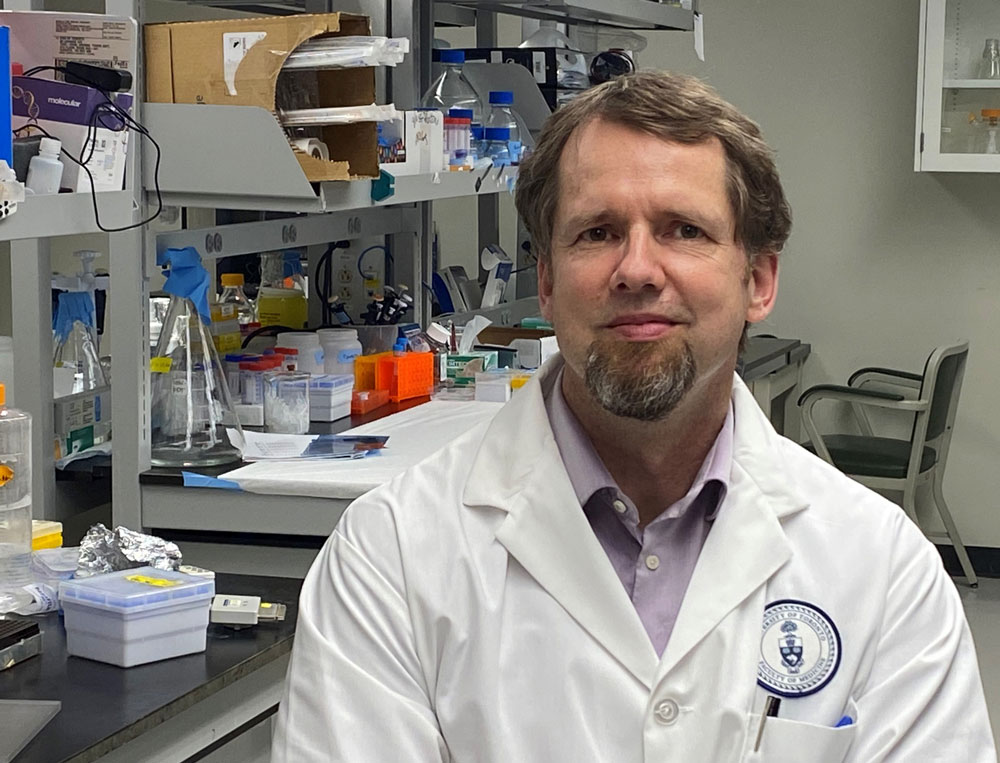 Associate professor Gerold Schmitt-Ulms “To our knowledge, our paper is the first that proposes a systematic framework to determine the function of a protein,” says Schmitt-Ulms. “This framework can now also guide the search for the functions of other proteins.”

The authors suggest that the function of a protein can be determined by considering data from four categories: inheritance, distribution, interactions and phenotypes (IDIP). When applying the framework, researchers should consider if data across the four categories point to a consistent conclusion and whether the evidence is in keeping with what we know about evolution.

By applying the IDIP framework, the researchers believe they have pinpointed the function – or the main natural activity – of the prion protein. (For details, see the infographic below.) “The cumulative insights we gained during this time led us to not only propose a function but to argue that no function proposed by others fulfills expectations for a main function of the prion protein,” says Schmitt-Ulms, as none of the earlier proposed functions are consistent with the evidence from all four IDIP data categories.

Now, based on these learnings, Schmitt-Ulms and his team are investigating ways to put an end to prion diseases. “The most promising approach for delaying or preventing prion diseases may be to reduce the levels of the prion protein,” says Schmitt-Ulms.

As well, “there is strong evidence that the prion protein contributes to cellular toxicity in Alzheimer's disease,” says Schmitt-Ulms. “Reducing prion protein levels may also be a promising treatment approach for Alzheimer’s disease.”

The IDIP Framework in Action: The Proposed Function of the Cellular Prion Protein

This figure illustrates the framework to determine the function of a protein that has been developed and proposed by Gerold Schmitt-Ulms and collaborators in the Tanz Centre for Research in Neurodegenerative Diseases. The framework includes four data categories: inheritance, distribution, interactions and phenotypes (IDIP). By applying the IDIP framework, the researchers have concluded that “the function of the prion protein [PrP] is to control a critical post-translational modification of the neural cell adhesion molecule [NCAM1] in the context of epithelial-to-mesenchymal transition [EMT] and related plasticity programs." 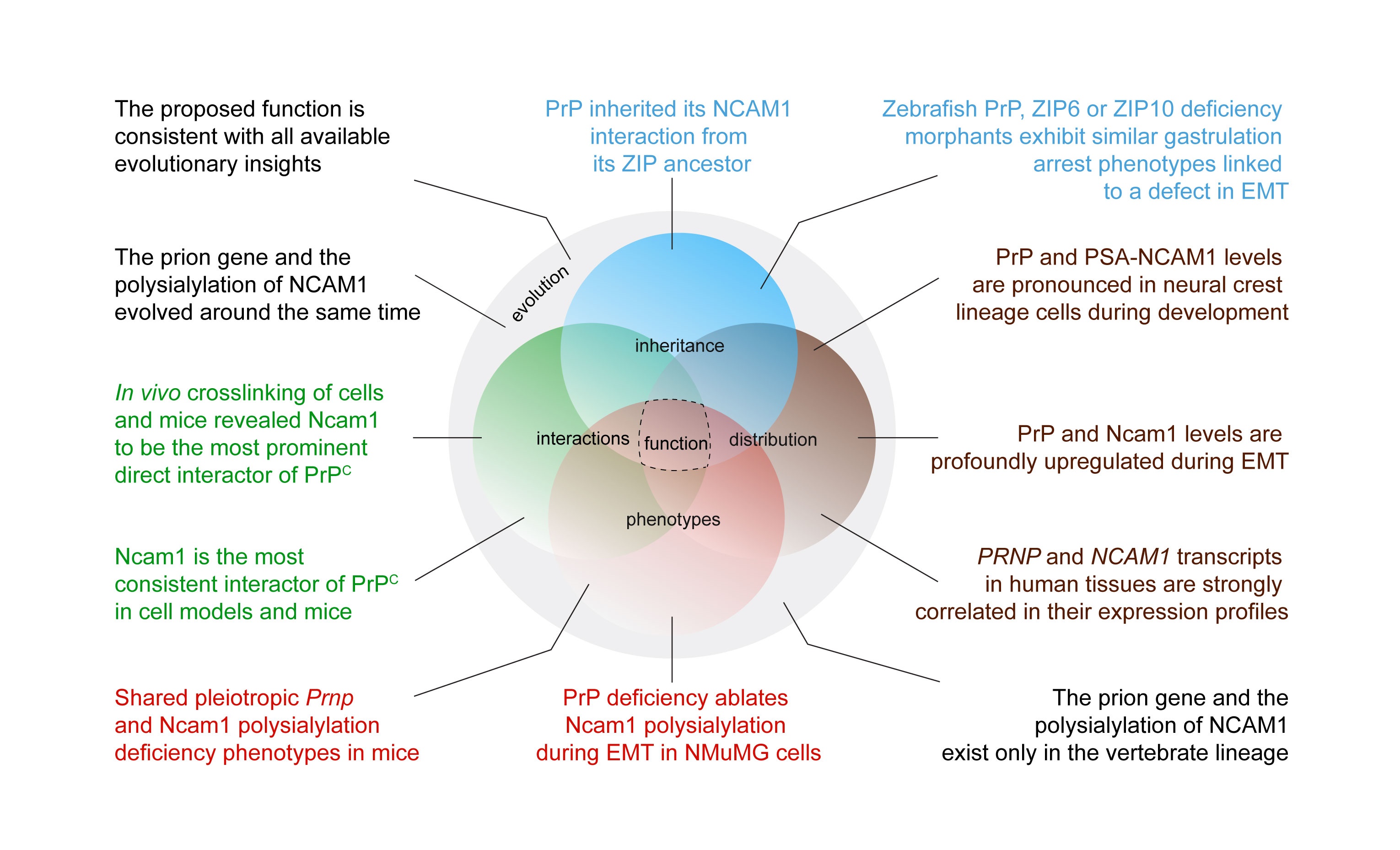