Long-Term Memories May Depend on Key Brain Receptors: U of T Study

University of Toronto researchers have uncovered a potentially critical step in associative learning, a process that enables long-term storage of certain memories, especially in conditions of high stress.

We are constantly bombarded with information, far in excess of what we can commit to long-term memory. Our brains have therefore evolved a way to only store memories for long periods if the information is important, and this process happens through association.

For example, we can remember where we were and what we were doing during a major catastrophe, such as the 9/11 terrorist attacks on New York City.

But what molecular processes underlie associative learning? This question has baffled scientists for decades.

Roughly 25 years ago, scientists in the UK and Germany found a mechanism at the level of brain synapses that could underlie associative learning, which they called synaptic tag and capture (STC). Despite a massive international effort to understand STC since then, the trigger for the process has remained illusive.

Now, a team based in Canada and South Korea led by Graham Collingridge has discovered a protein that triggers the STC process in the hippocampus of rodents and has shed further light on associative learning.

Building on their recent findings on synaptic plasticity, they showed how proteins called calcium-permeable AMPA receptors (CP-AMPARs) are a trigger for the STC process.

The journal Molecular Brain published the results this week.

“We think CP-AMPARS are needed to trigger associative learning,” said Graham Collingridge, Director of the Tanz Centre for Research in Neurodegenerative Diseases at U of T who holds the Krembil Family Chair in Alzheimer’s Research. “It appears that when learning occurs, CP-AMPARs are inserted at the activated synapses and at neighbouring quiescent synapses. Here they can facilitate new learning that engages these synapses.”

When a traumatic event happens, strong changes at specific synapses orchestrated by CP-AMPARs ensure that the memory is committed to long-term storage, Collingridge said. 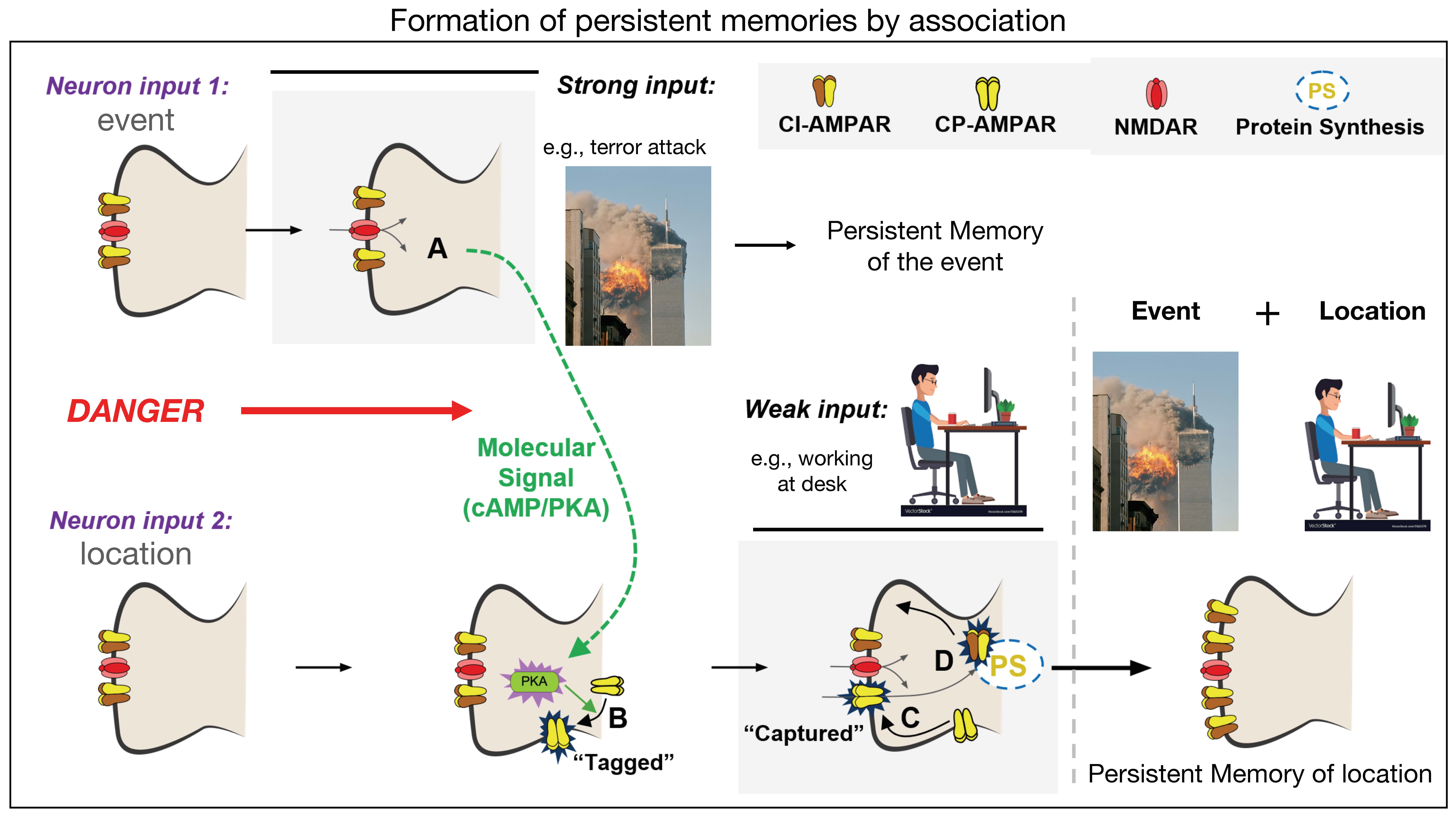 CP-AMPARs play a critical role in associative learning, but they have also been implicated in neurodegenerative disorders including Alzheimer’s.

A better understanding of how CP-AMPARs and associative learning work under normal physiological conditions could provide insights into errant processes in neurodegenerative diseases, said Collingridge, who is also a professor of Physiology at U of T and a Senior Investigator at the Lunenfeld-Tanenbaum Research Institute, Sinai Health.

Collingridge and his team plan to delve deeper into the molecular mechanisms that underlie STC, in part through a new Centre for Optophysiology in Toronto. The Centre, funded by the Canada Foundation for Innovation, will provide state-of-the-art microscopes to visualize the STC process in action at the sub-micron level.