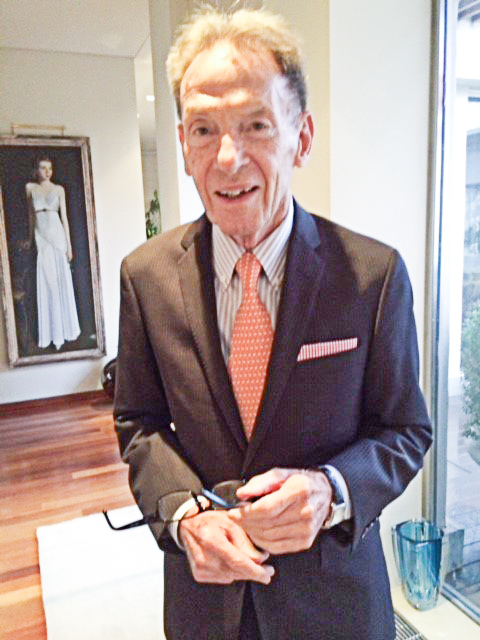 Mark Tanz’s remarkable generosity has been a catalyst that has accelerated research in Canada into neurodegenerative diseases, such as Alzheimer’s and Parkinson’s.

Upon graduating from the University of Toronto, Mark Tanz initially considered law school, but opted instead for a career in real estate. In 1954, he launched a home-building company in Toronto and went on to develop, operate and own shopping centres, office buildings and residential properties. Tanz’s real estate ventures extended to California and the Bahamas, where he settled in 1981.

After witnessing his mother, Gertrude Tanz, suffer with Alzheimer’s disease, Tanz was determined to help speed the progress of research efforts that were addressing the debilitating disease. However, he was surprised to find there were virtually no such studies being done in Canada. In 1987, he donated $3.4 million to help establish the Tanz Centre for Research in Neurodegenerative Diseases at the Tanz Neuroscience Building on U of T’s St. George campus, and later contributed an additional $6.1 million to support the centre’s research. In total, he has donated more than $11 million to the University.

In addition to these contributions, Tanz has volunteered his time generously. He co-chaired the steering committee for the Tanz Centre’s fundraising campaign, which closed in 2015 after exceeding its goal of $30 million. His son, Stuart, took over as chair in the campaign’s final year. Mark Tanz has also served on a number of cabinets, steering committees and other advisory groups at U of T, supporting strategic decision-making at an institutional level.

Tanz’s remarkable philanthropic initiatives have played a critical role in accelerating research into a range of debilitating diseases, and have inspired others to follow his example. At the same time, his dedicated volunteer efforts have helped build a strategic foundation for the future of the University.