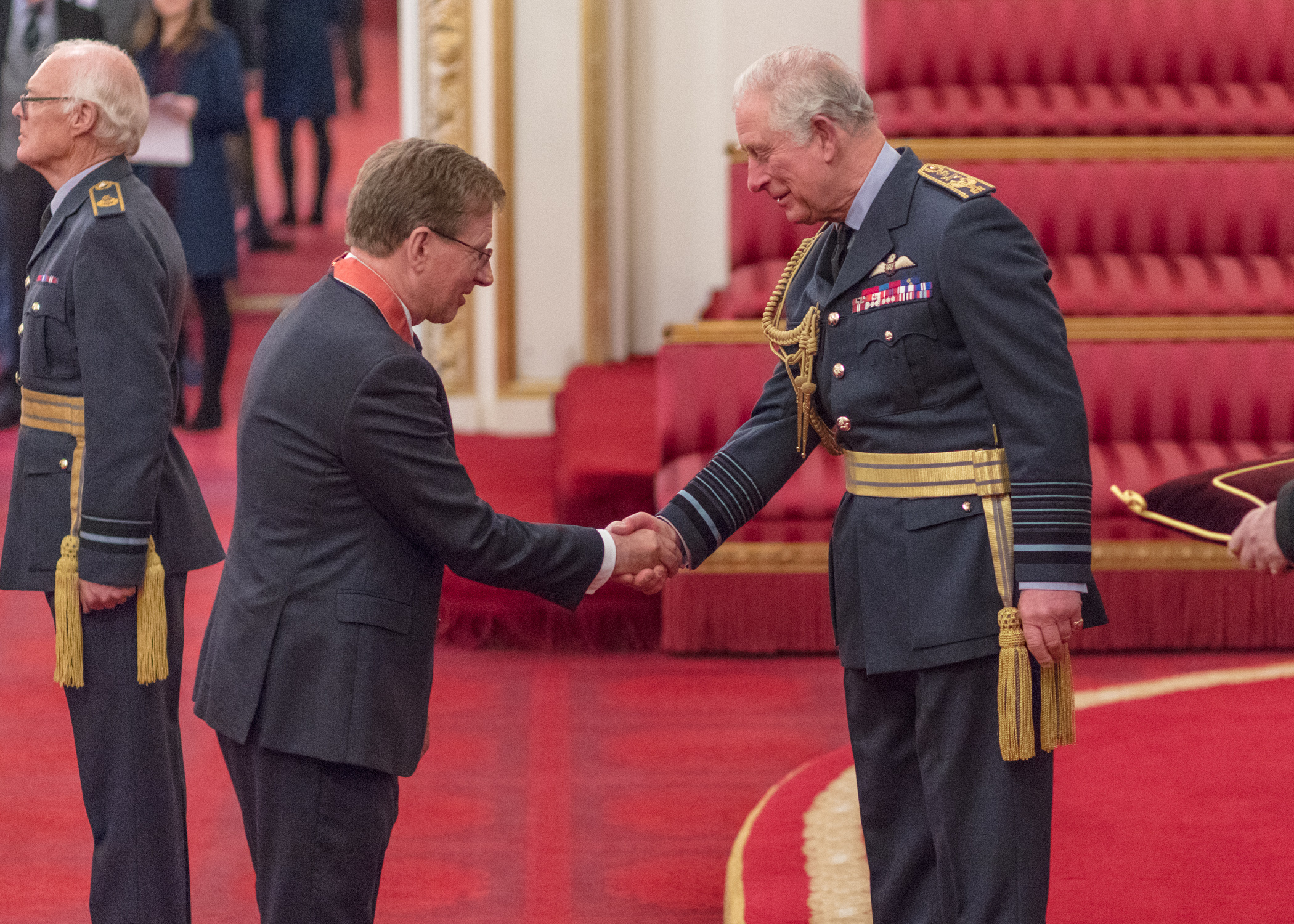 His Royal Highness Prince Charles honoured Tanz Centre Director Graham Collingridge for his services to Biomedical Sciences, presenting him with a CBE at Buckingham Palace on Feb. 14, 2020. The CBE, or Commander of the Most Excellent Order of the British Empire, is one of five classes of civil awards established in 1917 by King George V.

Prof. Collingridge received the award for his work on the NMDA (N-methyl-D-aspartate) receptor, a protein that he has shown is important for synaptic plasticity, the biological process that changes the effectiveness of synapses in the brain. It has long been thought that the processes of learning and memory are stored by changes in synaptic efficiency.

Collingridge’s work confirmed the hypothesis of legendary Canadian psychologist Donald Hebb, essentially that neurons that fire together wire together. Collingridge has also provided the molecular framework for how these so-called “Hebbian Synapses” actually operate.

Synaptic plasticity is a highly complex process. The NMDA receptor triggers a biochemical cascade involving hundreds, if not thousands, of different types of molecules that work together to produce the persistent synaptic changes that underlie memory. This sophisticated process can and does go wrong, to tragic effect, in conditions such as Alzheimer’s disease.

Collingridge’s description of how the NMDA receptor triggers synaptic plasticity laid the groundwork for Merz Pharmaceuticals which, with input from the Collingridge lab, was able to bring the drug memantine to the clinic in the early 2000s for the treatment of moderate to severe Alzheimer’s disease. Memantine currently accounts for approximately half of all Alzheimer’s prescriptions worldwide and brings some symptomatic relief to millions of patients.

Collingridge notes that memantine provides only temporary relief from the progressive cognitive decline: “I am delighted that an effective Alzheimer’s treatment was developed on the basis of correcting aberrant synaptic plasticity by targeting the NMDA receptor. But I believe it will be possible to develop more effective therapeutics for a wide range of neurodegenerative disorders by targeting the NMDA receptor in more specific ways than memantine does. Indeed, this is a major goal of my research.”