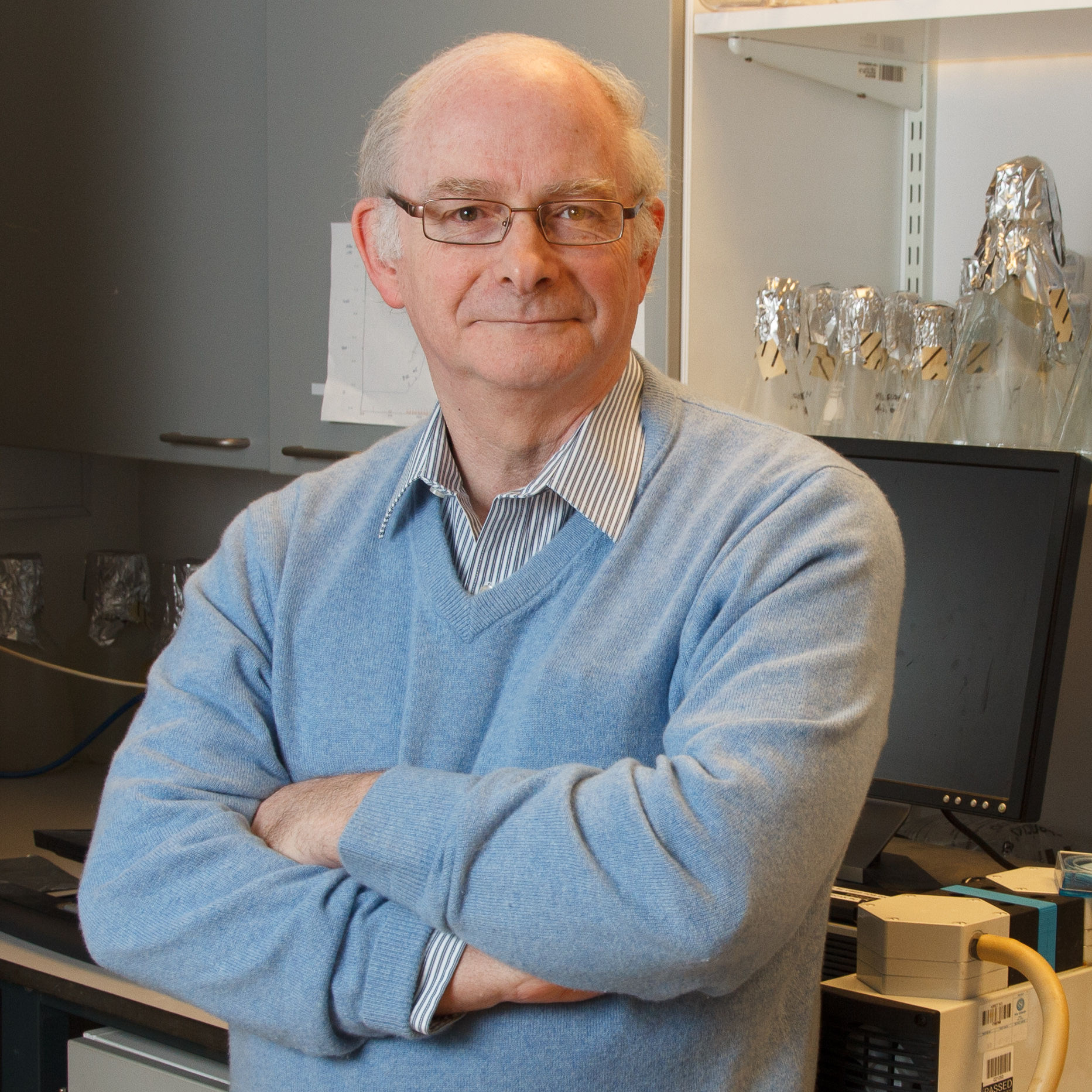 Dr. Peter St George Hyslop An international research group, including scientists at the University of Cambridge and the University of Toronto, has found that a gene that causes neurodegenerative diseases plays a key role in moving RNA and related genetic components over long distances in neurons.

The gene, called Annexin 11 or ANXA11, is linked to amyotrophic lateral sclerosis and frontotemporal dementia. The researchers showed that in mammalian cells, the ANXA11 protein acts as a tether between RNA granules and lysosomes, which typically break down cellular detritus but also roam widely along the axon and dendrites of neurons to enable the distant expression of other proteins.

Until now, the transport of this cellular machinery had been a mystery. Its solution provides a key piece of information for the fundamental neurobiological understanding of synapse biology.

One co-investigator on the study was Dr. Peter St George-Hyslop, a professor of experimental neuroscience and principal investigator at the Cambridge Institute for Medical Research at the University of Cambridge, who is also a professor of medicine and a scientist in the Tanz Centre for Research in Neurodegenerative Diseases at the University of Toronto.

The journal Cell published the findings this fall. 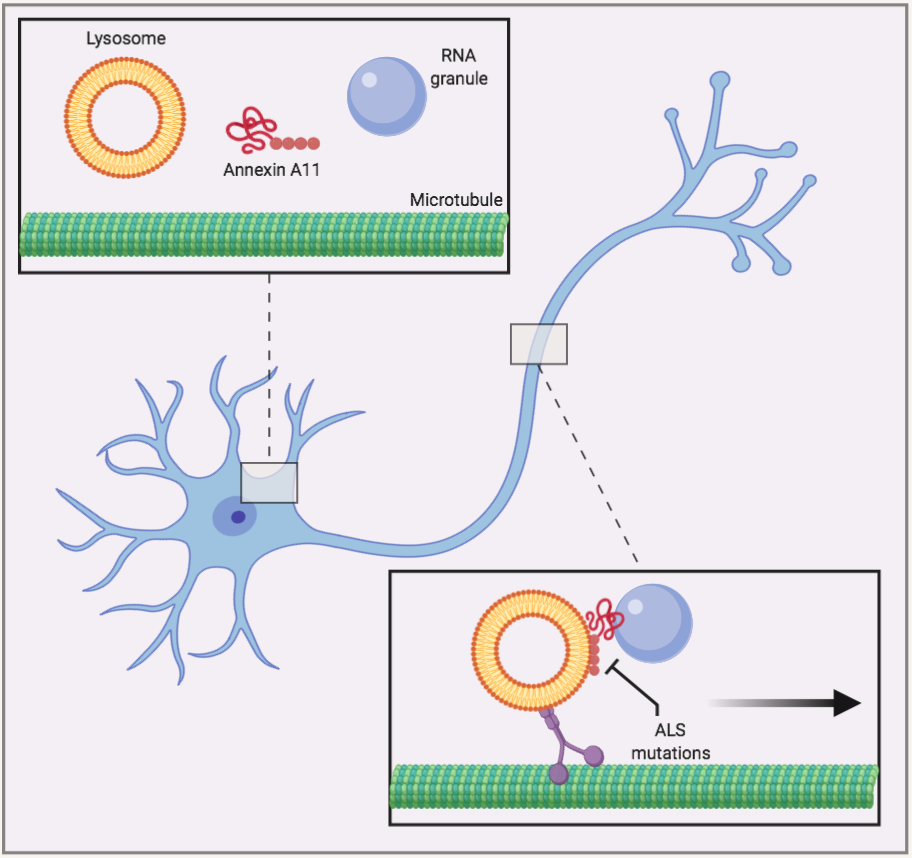 The researchers also showed that mutations in the ANXA11 gene that cause ALS and FTLD also disrupt the RNA transport mechanism, implying that these mutations may impair new protein synthesis in nerve endings and cause neurodegeneration.

Importantly, the results reveal the same ‘net end-effect’ induced by ALS/FTLD mutations in FUS, a type of protein whose aggregates are a hallmark of several forms of neurodegenerative disease.

While the work does not have immediate clinical application, it improves understanding of the mechanisms underlying ALS and FTLD, and offers up additional routes that researchers can explore for novel therapies in the future.